The Best Throw Flashlights: The Science Behind Throw Distance 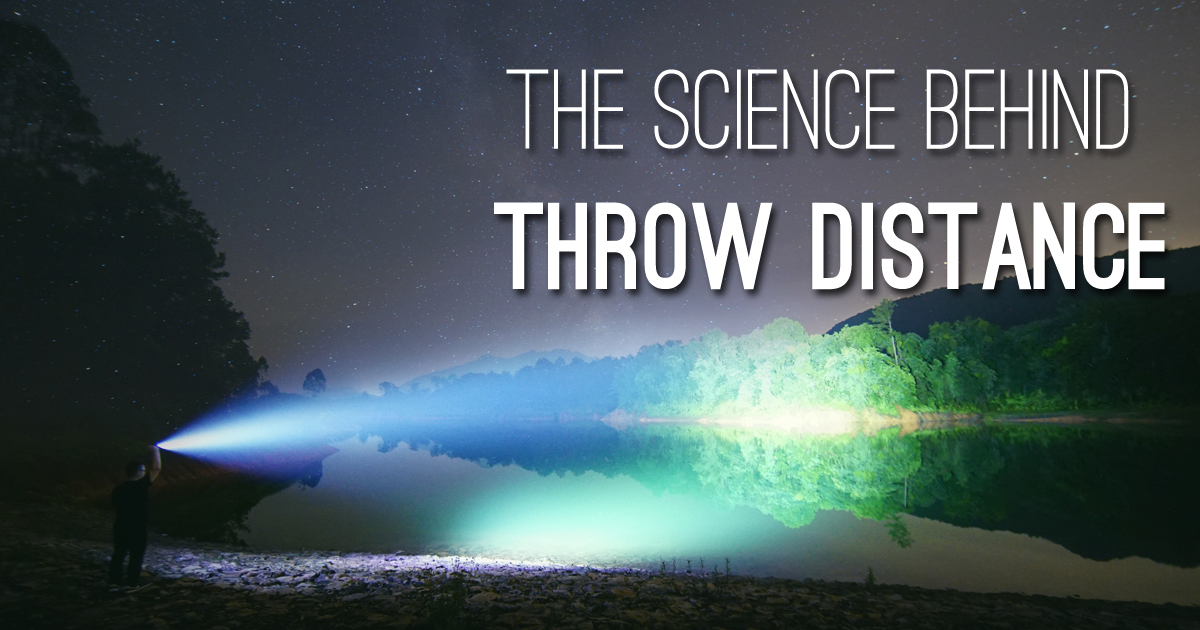 Have you ever wondered why one 1000 lumen flashlight is rated for 250 yards of throw while another seemingly identical flashlight boasts distances over 400 yards? Do you know what it takes to make the longest throwing flashlights around?

If you’ve spent any time looking at today’s LED flashlights, you’ve probably seen the terms “flood” and “throw” used to describe the beam of a flashlight. Flood beams, as the name implies, provide a wide-angle beam with a more even distribution of light when compared to flashlights considered to be throwers. Throwers, on the other hand, have a beam that is optimized to get the most throw distance (that is, how far away the light can be seen) and usually feature a focused, hot spot of light in the center of the beam profile.

What Makes a Flashlight “Throw”?

On its own, an LED or light bulb emits rays of light in all directions — which is okay if the goal is to create ambient lighting in a small space. If you want to create a true “beam” of light that can be directed like a flashlight, you’ll need something that can collimate your light source.

Collimate is the scientific term we use to describe what’s going on inside the reflector of your flashlight and means “to make parallel.” When a flashlight is turned on, waves of light are reflected off the sides of the reflector and collimated into a focused output with a concentration of beams running parallel to each other in the center. The better a flashlight is able to collimate light, the more intense and farther the beam can be thrown overall.

There are three major components to a reflector’s design that will increase throw: 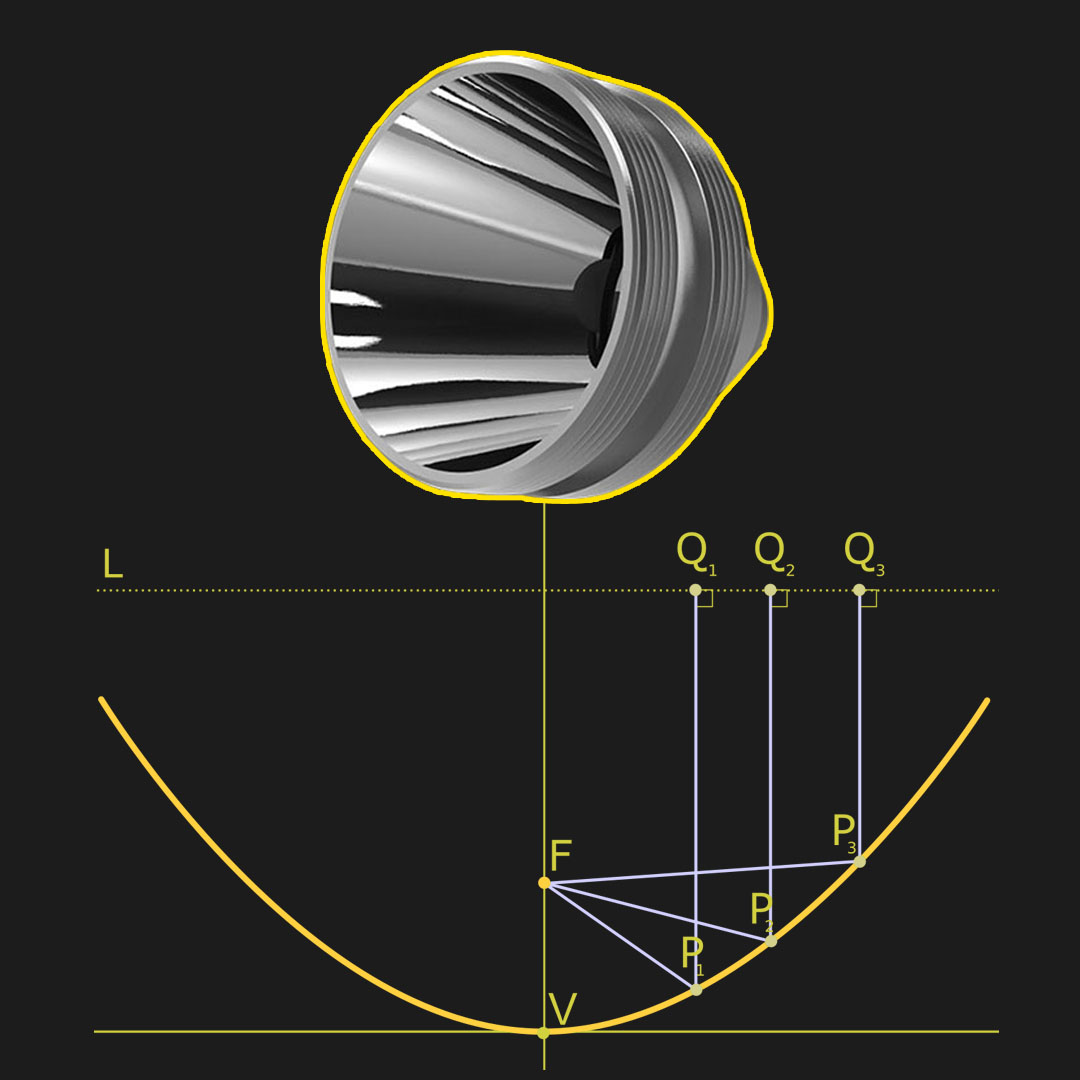 Closely related to the reflector design in terms of impact on throw distance potential of a flashlight is the technology behind the LED used. It’s not a coincidence that the longest throwers are also often our brightest flashlights. In general, the higher peak beam intensity rating given to a flashlight, the better throw distances are possible.

CREE, one of the most well-known and trusted LED manufacturers, also engineers LEDs specifically to maximize throw distance. These LEDs are noted with “HI” at the end of the model name such as the CREE XP-L HI V3. 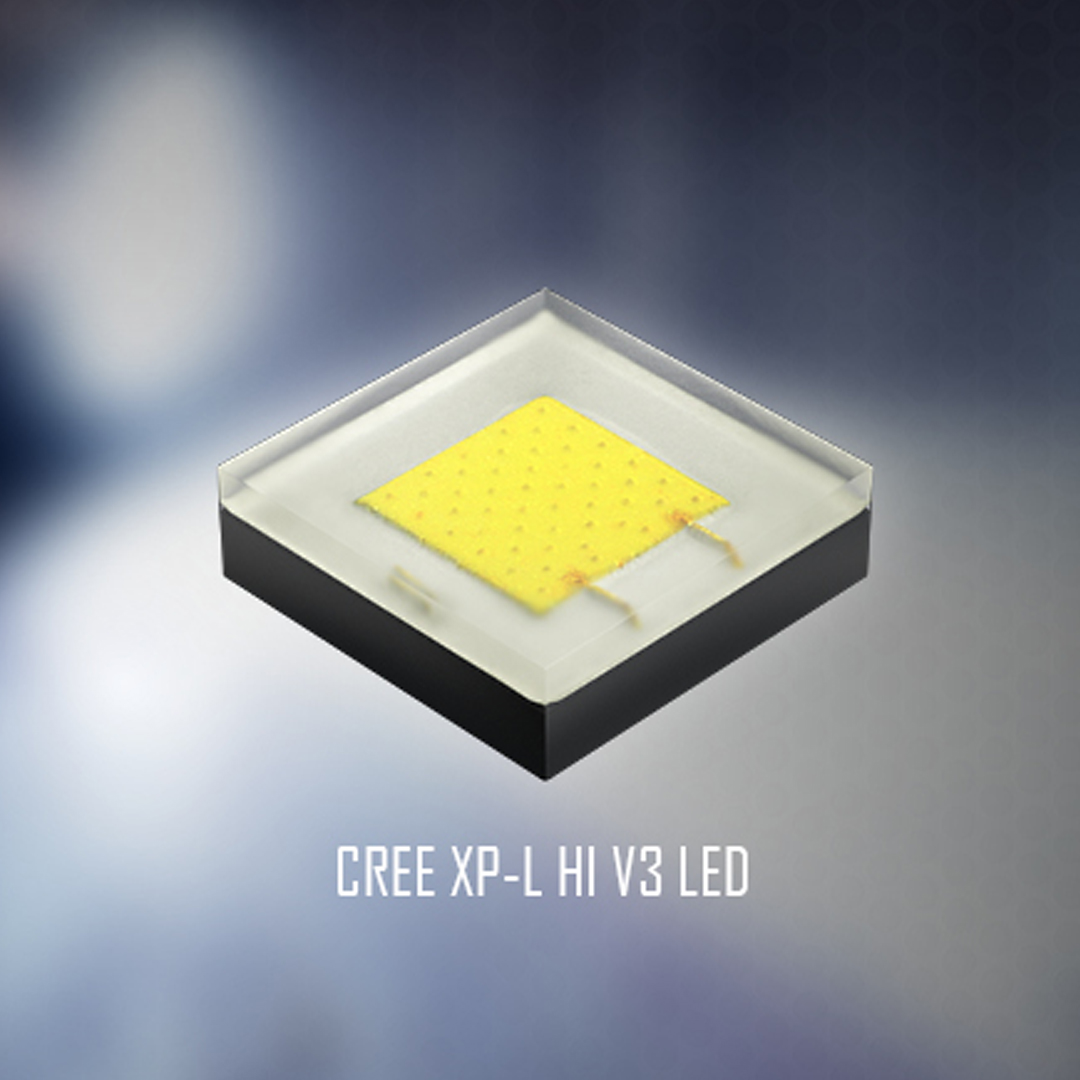 The final piece to the puzzle is the lens of the flashlight itself. In order to create beam profiles with little to no hot spot and a very even transition of light outwards, flashlight manufacturers often rely on additional shaping/patterning on the lens of the flashlight to help distribute light smoothly. You’ll see these flashlights advertised as having TIR (total internal reflector) optics and while they’re excellent for EDC tasks, you’ll want to avoid anything but a nice, smooth lens for maximum throw distance.

When Do You Need a Thrower?

Now that we’ve assembled the dream conditions for our thrower, you might be wondering when anyone actually needs one! Aside from the very obvious “cool factor” that comes with carrying a flashlight that can point a beam of light the length of several football fields, there are some very specific situations when a throw flashlight becomes a necessity.

There’s one final advantage throw flashlights have that we feel is worth noting: in order to achieve some of the higher lumen outputs, many throw flashlights will use a 2x 18650 battery configuration to power the light. Some prefer this option over more compact 1x 18650 flashlights because the body tube tends to be longer and provide a better grip overall and can also double as a club if needed. The larger battery source also increase runtimes so you have to replace and charge batteries less often.

These flashlights all have one thing in common: they are rated for a minimum of 400 yards of throw distance! Now you can quickly compare our longest throwers to pick out exactly what YOU need.

Finding Your Preferred Flashlight User Interface
Lumens, candelas and lux: How flashlight brightness is measured
Find the Best Type of Flashlight, Headlamp, or Lantern for Any Task

8 thoughts on “The Best Throw Flashlights: The Science Behind Throw Distance”